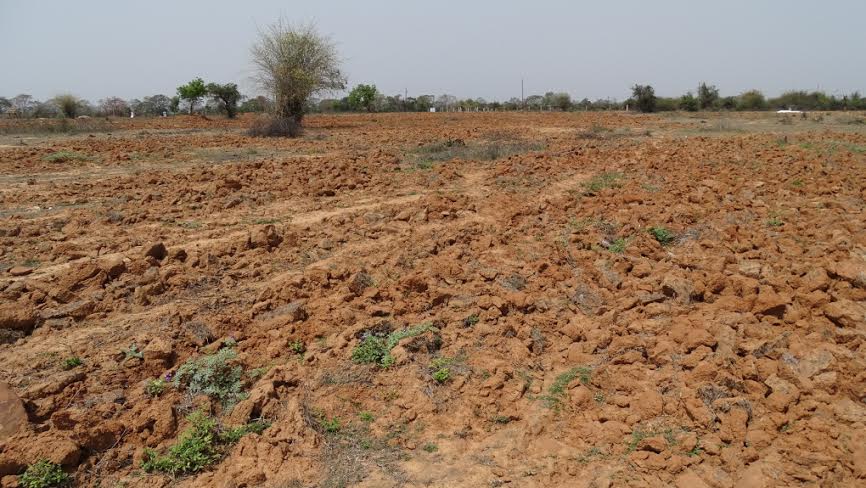 Mirzapur is the 3rd most forested districts of U.P., state which has just 5-6% of area under forest cover.  Known for indigenous medicinal plants of Vindhyas, Mirzapur forests hosts a diverse variety of wildlife which wildlife activists fear will be lost soon.

No doubt, sloth bears are one of the most ferocious animals which any wildlife enthusiasts will pray not to come across in the wild. Reason-their habit of attacking unprovoked, just like elephants and rhinos are known for. Big hairs, bulky body, long nails, protruding lips-sloth bears are feared among nearly all forest dwelling human communities. Rudyard Kipling in his epic series ‘Jungle Book’ used this species of bear, one of the three species of bears found in India as ‘Baloo’ who was Mowgli’s guardian and used to protect him from other animals. Yes, sloth bears are enough courageous to drive away even tigers and is known for motherly care of their cubs like any other big cats. Sloth bears share same protection status as Tigers as Schedule I species under Wildlife (Protection) Act, 1972. Earlier they used to found across Indian subcontinents like Asiatic Lions, but the fragmentation of habitats and loss of forests made them endemic to mainly Central part of India namely Vindhya, Satpuda, Maikkal and some regions of North East India and Western Ghats. Sloth bears are recently declared ‘Extinct’ from Bangladesh.

My interests with Sloth bears grew up in Mirzapur (Uttar Pradesh), a lesser known wildlife destinations in India falling under Vindhyan range. It was in year 2010, I came across few incidences of sloth bear attacks on villagers of Madihaan, and a forest dominated sub-district of Mirzapur and once a dense forested area of Uttar Pradesh. Though the forests were classified under reserved forest status, but no will could be seen either from forest department or any biologists working in that area to protect the forests. Mirzapur is just 70 km away from Banaras Hindu University in Varanasi and its newly built south campus was established in 2005 in the district just 10 km away from Madihaan.

Seeing the rate of sloth bear attacks on villagers, I was very quick to understand that these attacks are signals of increasing interference and encroachments of forests and their habitats. I was right in many sense, reasons I got very recently. Things started getting worse with the corruption and increasing dominance of sandstone mafia and land mafias under the protection of the local MLAs and industrialists from adjoining districts.

Till 2012, it was all between the bears and local mafias, wood collectors and other forest dependent communities who were unwelcomed guests for the animals. We saw both deforestation and natural forestation in a cyclical manner. The abandoned mines would become again green, but without the trees which used to be earlier. Slowly the conversion of tree dominated ecosystem to scrubland was happening at a rapid pace, conversion of which to agricultural fields could not be prevented. Till then, land mafia was not so much dominant and the main threat was from sandstone mining which left many forests fragmented and wildlife habitats greatly disturbed.

Post 2012, the scenario just changed suddenly when Welspun Energy, a Gujarat based company proposed to establish a 1320 MW coal based thermal power plant at village Dadri Khurd in Madihaan. It was the same place which was often referred as ‘gadh of bhaloo’ by people of Mirzapur. Madihaan has been long known as hot spot of sloth bears which hardly anyone could deny who has been in Mirzapur since more than a decade.  With help of local administration, forest departments and politicians, the area was shown as 98% barren land. How Welspun got the land and suppressed the voices is a different story, but one thing that mattered the most was-it started the process of brutally destroying and encroaching upon the sloth bear habitats and Madihaan being the first forest range which saw unexpected drop in sloth bear population. Welspun Energy in its Environment Impact Assessment Report showed their land as void of any forest and wildlife initially. It’s only after the Vindhya Bachao sent a site visit report to the then Ministry of Environment and Forests in 2013 bringing out the fact in knowledge of Ministry the first time just before the meeting for Environment appraisal for the Rs. 8,500 Crore project in September, 2013. Welspun Energy was quick to refrain from attending the meeting for environment appraisal and through a written request asked the Ministry to postpone their meeting.  The project was then considered in the EAC meeting of November, 2013 after the company brought with them a biodiversity assessment report done by a private company, the credibility of which is still unknown.  The company maintained there is no wildlife within the project site but admitted there are Schedule I species in the area but beyond the boundary of the project site. It was only discovered later through an RTI that the DFO, Mirzapur warned that the company is going to encroach forest-like area for 50% of the project site. Similar finding is reinstated in a report prepared by WAPCOS, a government undertaking Consultancy Company which prepared the Area-drainage report for the project. Interestingly, the DFO Mirzapur’s letter was superseded by another letter from DFO this time saying the land is not under any ‘recognized forest-like area’. 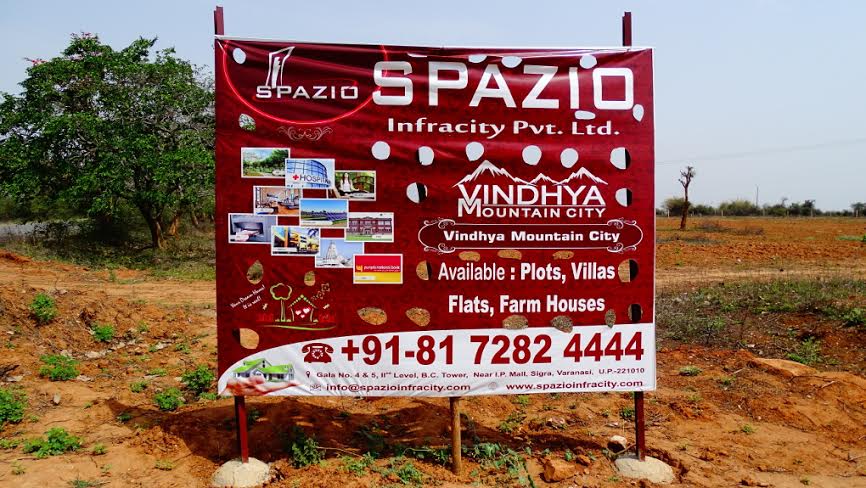 Things did not stop at only the energy project, in fact this was just the beginning. Foreseeing more development in area surrounding Madihaan after the BHU campus and Power project site, the mafias mostly dominated by local politicians, industrialists from Sonbhadra and Varanasi started conversion of forested land in a very planned and organized way. No doubt, forest department and district administration either turned a blind eye or it may be an ugly face of corruption, but the entire region started seeing overwhelming attention from builders. The outcome is banners like Spazio Smart City, Vindhya Mountain City, Shine City Wyndham and so on-cities which are being built destroying someone else’s home. Given the present threat, it is not surprising that the population of sloth bears declined from 43 in 2011 to just 10 in 2013.