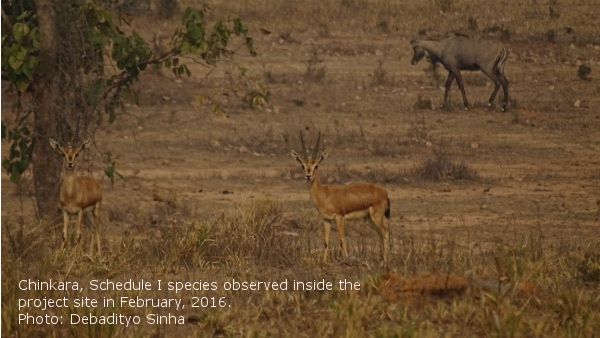 The Environmental Clearance of 1320 MW Coal-Based Thermal Power Plant, in village Dadri Khurd was being opposed by Vindhya Bachao Abhiyan and students of Banaras Hindu University’s South Campus since the year 2013. The main issues were concealment of crucial facts in EIA report including presence of forests, highly deficient EIA process including public hearing which was held under custody of a number of private armed men; and several other factors. The matter was filed in October, 2014 in National Green Tribunal’s Principal Bench, New Delhi.  Advocate Parul Gupta petitioned the matter for Debadityo Sinha, Shiva Kumar Upadhyaya and Mukesh Kumar, who were the appellants in the matter. Advocate Vishwendra Verma appeared for Ministry for Environment, Forests and Climate Change who was the respondent no. 1 in the matter. Senior Advocate Dhruv Mehta appeared for the Project Proponent-M/s Welspun Energy (U.P.) Private Limited who was respondent no. 4. Uttar Pradesh State Pollution Control Board (Respondent no. 3) and Government of Uttar Pradesh (Respondent no. 2) were represented by Advocate Pradeep Mishra and Advocate Savitri Pandey.

On the last day of hearing-5th April, 2016, Dr. M. Ramesh, Scientist-D- MOEFCC was also called by the court to present the original file of the Environment Clearance.

Hon’ble Justice Mr. U.D. Salvi and Expert Member Mr. Ranjan Chatterjee presided over the bench which heard the matter. All the orders of the matter can be accessed from vindhyabachao.org/welspun/ngt

While this case was getting over, we were approached by the local farmers fighting against the Uttar Pradesh government backed Sangam Power Limited’s Karchhana Thermal Power Plant in Allahabad. The land acquisition by Karchhana TPP was quashed by Allahabad high court few years back, but the state was adamant to start the construction forcefully, even after 5 years of validity of the Environment Clearance which was granted by MOEF in October, 2009. The matter is challenged by Punarwas Kisan Kalyan Sahayata Samiti (an association of local famers affected by this project), Mr. Om Dutt Singh (PUCL) and Debadityo Sinha (Vindhya Bachao). Advocate Joby P. Verghese and Parul Gupta is representing the applicants. The court issued notice on 30th March, 2016. Next hearing is listed for 8th April, 2016.