What would Rights of a River Mean? 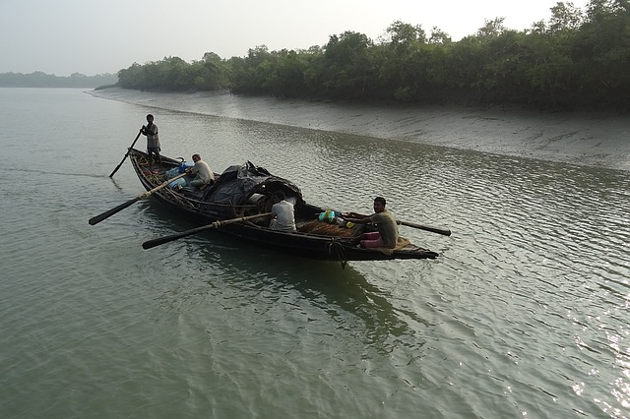 We Indians have historically had a deep emotional connect with our rivers.

We see them as extension of our society, often elevating them to godly status.

While most rivers are treated as females (Nadi), there are instances where rivers have been treated as males ('Nad'). Many female rivers are also categorized as 'Kanya' or, unmarried female.

A glimpse of how Indian rivers are personified can be also found in the writings of Kaka Kelkar, in his famous book 'Jeevan Leela'. However, despite our deep cultural association with rivers, today, our understanding of rivers has changed remarkably.

A river is now treated as key to economic development measured by the big dams, navigation and other developmental projects which has diluted our understanding of a river from a life-line to a resource available for exploitation.

Recently the New Zealand government has granted the status of a 'living entity' to Whanganui river. Afterwards, the Uttarakhand High Court has also given similar legal status to River Ganga and River Yamuna.

Few days ago, in a public event Shri Shivraj Singh Chauhan, Chief Minister of Madhya Pradesh promised that his government

will soon introduce a bill to give River Narmada (see photo) the rights of a living being. It's expected that other state governments will follow soon.

Before this, however, it is critical for both citizens and the government to recognize and understand what constitutes the identity and existence of a river. Every river has its own characteristics, its own behaviour and an entirely unique ecology which it supports.

Only after that we can ask the secondary question what do we mean by 'rights' of a river and what constitutes its 'best interest'?

Rights of a river

For this, we should first and foremost understand the river and how it functions. Then, the peculiar characteristics of our rivers need to be accepted, respected and protected if we really want to make 'rights' of a river meaningful.

When a river flows, it erodes the rocks and soil and carries the sediments along with its water and ultimately deposits them in its lower stretches before it meets its destiny in the ocean. Erosion, transportation and deposition are three basic life functions of any river.

For effective erosion and transportation of sediments, it requires uninterrupted flow (aviral) which would mean unobstructed flow of 'water' and 'sediments'. The deposition of sediments occurs mainly when the river flows through plains during floods and at the river mouth. Islands like the Sundarbans are result of such accumulation of sediments.

This process has been severely affected in last few decades due to obstruction of the River Ganga in the upstream. This has resulted in regular deposition of huge volume of sediments much earlier in states like Bihar and West Bengal which has now become a massive problem in itself.

A river not just flow longitudinally, but it also requires horizontal space to expand its spread, which in simple terms can be called flood. A river also repairs itself, creating new ways to flow which can be termed as a river's expression.

Floods are often seen as a form of disaster. However, flooding is a very important ecological process which helps in rejuvenation of soils with nutrients as well as recharging groundwater. A flood, these days is disastrous because we have interrupted with the natural journey of a river or encroached its space for expansion.

Allowing our rivers to live - not just exist

We have several examples in India where attempts to control a River through embankments have miserably failed. Instead of transferring fertile fine silt, deposition of coarse sands have made thousands of hectares of land barren as we saw in 2008 historic flood when river Kosi breached an embankment causing irreparable damage in northern Bihar.

Uttarakhand floods in 2013 and Chennai floods in 2015 show how obstructing the natural flow of rivers can destroy to life and property. Therefore, our own interests are intimately tied with those of the river and the need to demarcate the floodplains of our rivers along with strong laws cannot be over-emphasised.

As the river plays through its journey, it bends and meanders, when it flows through shallower gradient, often part of active floodplains. Meandering also leads to formation of Oxbow lakes, where a portion of river gets cut off from mainstream and becomes a natural reservoir on its bank supporting both aquatic and terrestrial life besides providing water for irrigation.

Protection of floodplains should essentially protect the river's right to meander as well.

A river is also not just stream of water flowing from upstream to downstream collecting surface water from its tributaries and surface of its catchment areas. The initial source can be a glacier in Himalayan region or even a lake / small stream like in case of most of non-Himalayan rivers. The primary source of water of a river during dry seasons come from subsurface water reservoirs which is known as 'base flow' - the groundwater discharge of the stream.

This base flow, though may not be visible actually keeps a river alive. With increasing dependence on groundwater for human needs, this base flow has drastically reduced. Therefore, it is of utmost importance that abstraction of groundwater be closely regulated and monitored and alternatives like creating offshore reservoirs and wetlands be promoted.

What are the 'best interests' of a river?

When we grant anybody a legal entity, naturally the question would arise - who will decide its best interest and who can be its custodian or guardian? Given the mixed perceptions and conflicting understanding of river, it is a significant challenge for a country like India.

While most governments are exploring possibilities of optimal utilisation of rivers as a resource, several environmental experts advocate protection of these rivers, its natural flow and its ecology for their and our own sustenance. Though both the concerns are well recognized, yet the hindsight suggests economic interests taking over ecological concerns.

For example, one thing which was very hard to be established and remained 'an elephant in the room' was the non-use value of the river. Governments and even big financial institutions like the World Bank have consistently neglected the non-use values of our rivers in their cost-benefit analysis of 'developmental projects' on the pretext that the same cannot be calculated with any precision.

But does the use value of river exhaust its whole value, or is there something beyond economics? Are there cultural, historical, emotional, aesthetic, religious and spiritual dimensions to a river's being that make it far more than a mere 'resource'?

The government seems to be recognizing the cultural flow of a river through programs like 'Namami Gange' and 'Namami Narmade' and look like taking steps in the right direction. However, river activists have equally criticized the same government for promoting dams, navigational dredging, river-inter-linking and undertaking constructions on river banks and floodplains which go against the best interest of the river.

Even the important law like 'River Regulation Zone' is pending with the Centre, though the roadmap was prepared in 2013 which itself casts doubts on the seriousness of such slogans and programmes.

Time to start correcting past mistakes

It is also important to understand that today we have hardly any major rivers remaining in its natural character and many of them are severely ill and dying either at the hands of engineering marvels or through poisons discharged into them through sewage and effluents.

In this, what place does a river enjoy in our imagination of sustainable development, whose sustenance and whose development are we talking about?

Therefore, we must strive to keep the best interest of the River at top priority and start by correcting our mistakes in past. That would certainly require some unconventional decisions by government and willingness to make sacrifices by the people.

This article was first published in 'The Ecologist' on 22 May, 2017 and can be accessed here