In response to an RTI filed by us recently asking the forest department on the significant decrease in population of animals in Mirzapur Forest Division, the Divisional Forest Officer wrote that the forest division lies between Kaimur Wildlife Sanctuary and Chandraprabha Wildlife Sanctuary. There is regular movement of animals between these forests due to which there is variation in numbers. Though we are not completely satisfied with his reasons but we do appreciate the fact that the forest division is indeed a critical link between the 2 Sanctuaries and it must be protected. Following is the original reply sent by the DFO in its reply dated June 19th, 2015. 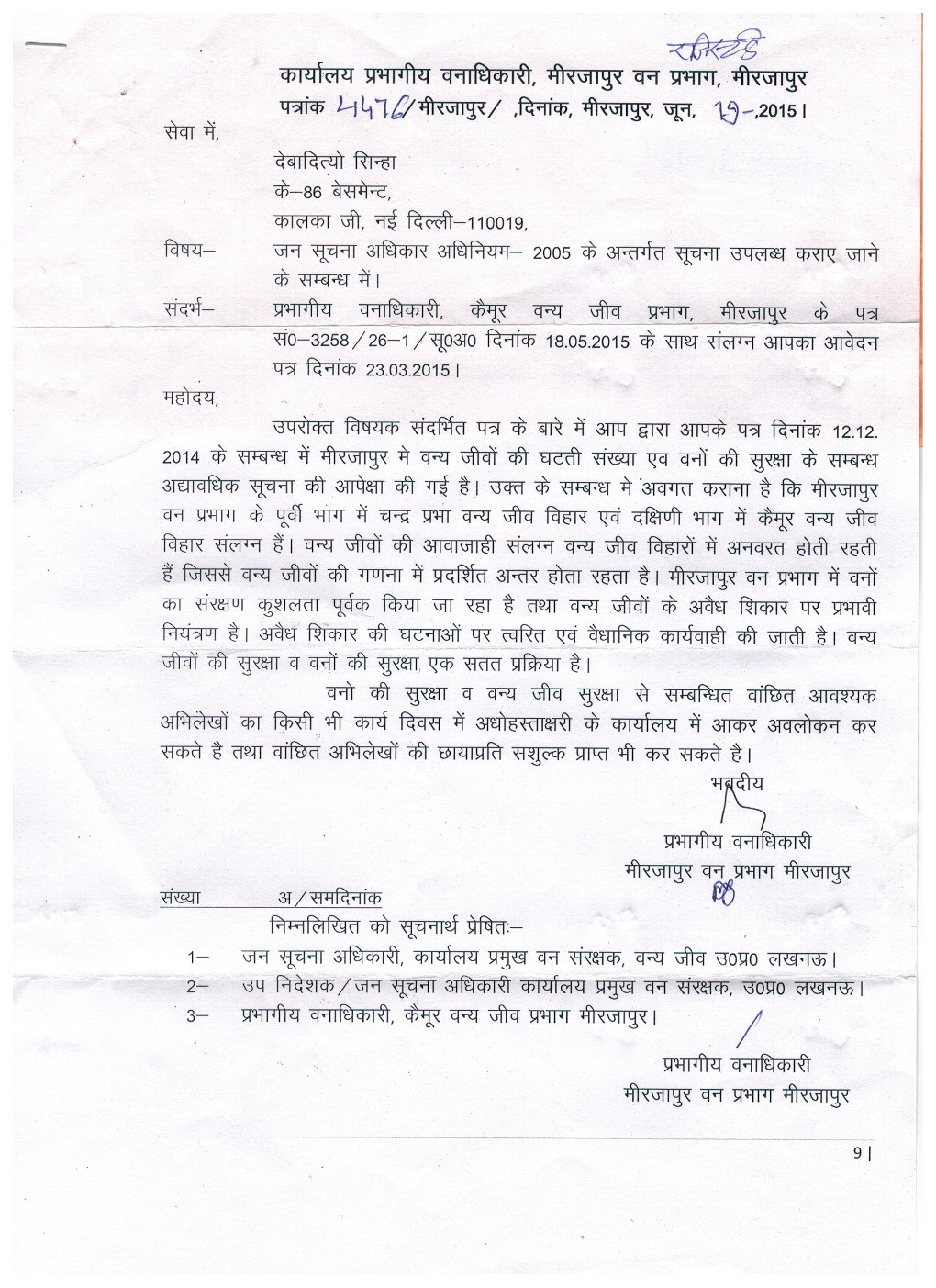