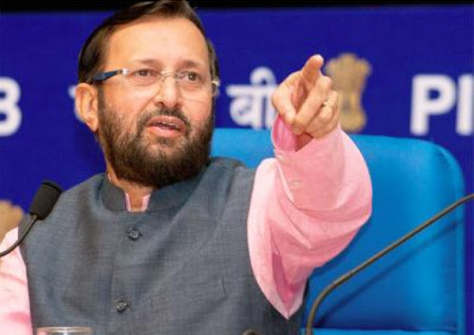 NEW DELHI: The draft bill that proposed hefty penalty on polluters has gone through substantial dilution, with the environment ministry now suggesting extensive reduction in the previously recommended fines and changes in other provisions.

Ministry officials citied feedback from industry and the public as reason for amending the much-talked-about "substantial damage" clause. The new version of the Environmental Laws (Amendment) Bill is set to go to Cabinet for its approval soon. The new draft suggests fine on industry for causing environmental damage at Rs 10,000 to Rs 10 crore, said people in the know. The previous proposal was

for Rs 5 lakh to Rs 20 crore. The original draft suggested a prohibitive penalty regime under the 'polluter pays' principle.

It was meant to build strong deterrents against irresponsible and indiscriminate environmental damage. Besides the fine, it also proposed up to seven years in jail for the guilty and, where the polluter fails to stop the damage to environment, a penalty of Rs 50 lakh to Rs 1crore per day until the problem is fixed. These were to replace existing rules that are seen too lenient — currently, the maximum civil monetary penalty is Rs 1 lakh and the jail term is up to five years — and often ignored by industry. Environment Minister Prakash Javadekar said the Bill was undergoing inter-ministerial consultation. He wouldn't comment on the specific changes in the draft, but said there were some ideas under discussion. "The idea is to bring in a Bill that will enable healthy compliance regime through high penalties which were very paltry earlier. Earlier it was either pay that paltry fine or close down, both were extremes. We want to bring a better penalty structure," Javadekar told ET.

In the reworked draft, source said, the principle of paying a fine per day until the damage continues will be retained, but the penalty amount will be brought down.

The ministry's reworked draft has also dropped the provision that linked the fine amount to the area and territorial extent to which the damage has spread to. The previous one proposed a penalty structure that would increase depending on the area where the pollution has spread to — a fine of Rs 5 crore when the damage is within a radius of 5 km, Rs 10 crore when it is 5-10 km and up to Rs 20 crore when it is beyond 10 km.

The previous draft was published for public comment by the environment ministry in October last year. It is learnt that the industry had strongly objected to the fines suggested in the draft, which led the ministry to bring in the more acceptable proposals.

On the area-linked penalty structure, it was pointed out that the radius-based approach may not be accurate as more than one industrial unit may be responsible for environmental damage in a particular area and it may not be then possible to correctly apportion the blame. Incidentally, various environmental activists and organisations had also raised questions about the previous proposals. Debaditya Sinha of the Vindhyan Ecology and Natural History Foundation has red-flagged several aspects of it, saying capping the fine amount at Rs 20 crore was inadequate and the fine amount should depend entirely on the extent of damage caused.

The Bill envisages setting up a central adjudicating authority which will take cognisance of complaints of environmental damage and send a team of experts to assess the damage on ground. Competent institutions like IITs and the National Environmental Engineering Research Institute will be associated with these teams to ensure a scientific and accurate assessment of the damage caused by an industrial unit.

Industrial pollution is a key area of concern with existing laws and their implementation is hardly at the desired level. Factor this: the Central Pollution Control Board had issued show-cause notices to as many as 3,387 'highly polluting industries' in July and August 2015.

As of April 2016, as many as 559 of these industries didn't respond, while 256 notices had returned undelivered.