The zoo in the farmhouse | Live Mint 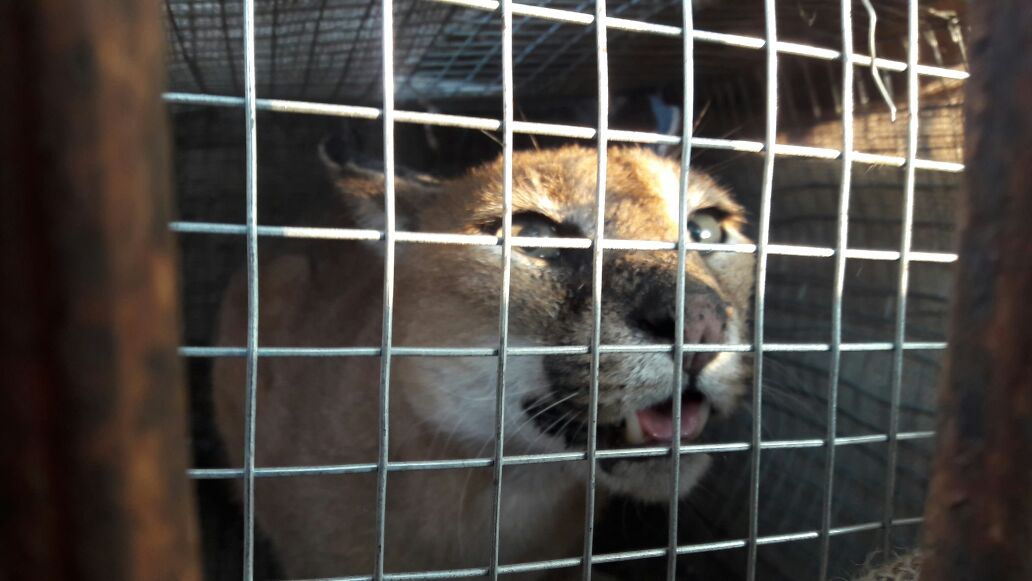 One of the caracals seized in January. Photo: Courtesy Vindhya Bachao

One afternoon in the summer of 2000, we spotted a caracal, one of India’s rarest wild cats, in the Ranthambhore National Park in Rajasthan. It was just a glimpse, the animal crossed our path in a flash.

Caracals are more elusive than tigers and leopards; very few can claim to have seen one in the wild. So we wondered if we had actually spotted one. As if on cue, the animal turned its head towards us before disappearing into the tall grass of the jungle. The long, pointed ears with hairy tufts were unmistakable. Our caracal sighting was over in 20 seconds and I haven’t seen one since, despite numerous trips to the same forest.

In January, the Uttar Pradesh police seized five caracals and an African serval cat from wildlife traders. The Vindhyan Ecology and Natural History Foundation, or Vindhya Bachao, a non-governmental organization working in Mirzapur, helped identify the animals; the serval cat was initially mistaken for a leopard. Around the same time, the state police and wildlife authorities confiscated 6,000 live Indian flapshell turtles near Amethi. Wildlife authorities describe it as the largest such seizure in the country. Turtles are most vulnerable during the winter months when food is scarce, and this is when poachers and trappers are most active. On 5 February, a notorious wildlife trafficker from Kanpur was caught in Guna, Madhya Pradesh.

The seizures prompted me to tap some old contacts—people tracking the wildlife trade, breeders and collectors of exotic fauna. It turns out that the illegal trade (mainly body parts of endangered species) is catering not just to the demands of traditional Chinese medicine in East and South-East Asia, but to a rising demand from private zoos in India.

A growing tribe of collectors is looking for rare fauna—mammals, birds, reptiles, amphibians and insects—and there is no law to stop them. “There is no law for breeding or trade in exotic species, while native Indian species are protected by law. The trade in non-native species is mostly clandestine and illegal. None of the prerequisite certification is obtained and we hardly know the source of the species—wild or captive-bred,” says Shubhobroto Ghosh, author of “Indian Zoo Inquiry”, a report.

“The information that we collect from seizures is just the tip of the iceberg. A close network of breeders and collectors connect through social media groups and meet in private at feline or avian/aviculture conventions,” says Abrar Ahmed, a former TRAFFIC official who has tracked the wildlife trade for over two decades. TRAFFIC is a wildlife trade monitoring network.

According to sources tracking the live mammal trade, the confiscated caracals and serval cat may have been bred on private farms in Africa. The consignment was reportedly meant for a private collector. Says an expert, “You name the species, it will be home-delivered—from wild cats to apes! Chimpanzees, orangutans, species of gibbon, capuchins, Phayre or squirrel monkeys, slow lorises, marmosets, lemurs, wallabies, bearded dragons and species of python are much in demand.” 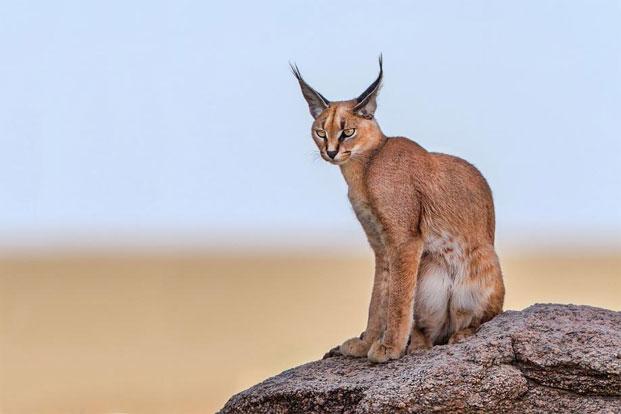 Caracals are more elusive than tigers and leopards; very few can claim to have seen one in the wild.

The rarer a species, the greater the demand. “The trade is fuelled by rivalry between collectors, traders and breeders. Since it involves huge amounts of money, the animals are transported with extreme care, secrecy and security.” A cursory Google search for “caracal for sale” produced 3,260,000 results in 0.47 seconds.

The demand for apes is particularly worrying. An International Union for Conservation of Nature (IUCN) report says 63% of primate species in the wild are threatened, with the Hainan gibbon, a species native to China, on the verge of extinction. Experts estimate that fewer than 30 of these animals are left in the wild. According to a study published last month in the journal Science Advances, 60% of primate species are now threatened with extinction.

In December, the IUCN also highlighted the plight of the world’s most popular cage birds, with species now being trapped and traded into near-extinction in the wild. The status of the African Grey Parrot, a popular bird in the exotic pet trade, in the wild has changed from “vulnerable” to “endangered”, though bird breeders say they, in fact, avoid wild birds as these tend to be temperamental and may carry diseases; they also fetch less money than farm-bred birds. Experienced collectors, too, know that captive birds are disease-free, mate more readily and are easier to handle.

There is also the issue of hybridization in cage birds (and in smaller wild cats), with cage birds interbred for new colourations or patterns on feathers. The price goes up with every new feather colour or pattern. Albino, lutino and cremino birds are much sought after too.

Private menageries are not new. But while breeders may argue that they are, in fact, preserving the gene pools of endangered species, the volume of breeding, hybridization and trade would appear to be unsustainable.

Out In The Wild is a column on the good, bad and ugly of nature conservation.